Wednesday, Oct 7 2020, 05:00 Action, Comedy, CW, Entertainment, Humor, netflix, Sci-Fi, Television
The other post was getting a bit long, so I am continuing it here (who knows, there may even be a part III!) 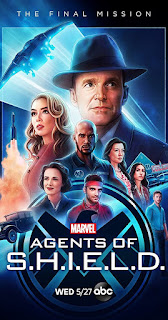 Marvel's Agents of SHIELD
I rather liked this series. It follows a group of SHIELD agents who are protecting the earth from whatever big bad happens to exist. All events take place after the first Avengers movie, so the big bad that kicked it off was HYDRA, and Agent Coulson was brought back from the dead to run SHIELD because Nick Fury has gone AWOL. Throughout the series we get introduced to inhumans (which had a failed spinoff series), we have our agents traveling to parallel dimensions (or was it other planets?), we have a small Ghost-Rider arc (still waiting on that spinoff), we had agents stuck in a simulation and living "Agents of HYDRA" - a soft of mirror universe. And then somewhere around season 5 we get all timey-whimey where the Agents try to save the earth from an apocalyptic future.  This gets them to space, and introduces the Chronocoms, and all sorts of things that I really didn't excite me as much.  I think the final season really saved it.  Yes, it was time-travel-y, but I think it was done well and re-established SHIELD as an agency.  Sometime around Season 3 they felt a little less like an agency under the auspices of a government, and more like disconnected dogooders.  It's really a pity that the MCU didn't capitalize on this series by creating connections between the movies and the TV show.  In the end, I think things were tied up well.  Phil Coulson, a guy who's died more times than Daniel Jackson and JL Picard finally retires and can enjoy his time off...until the next adventure I guess.  I think the payoff for all main characters was really good. You get a glimpse of their post-SHIELD-team lives, despite the bittersweet nostalgia that remains. 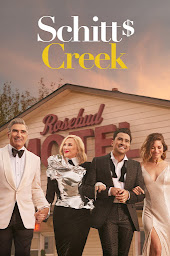 Schitt's Creek
The final season of this show was quite a surprise (I did not think they were getting another season). The premise of the show was that a rich family is down on their luck.  They had made their millions in VHS rental stores (think Blockbuster), but with the downturn of that industry (and because someone was embezzling money), this family failed to rebound.  Lucky for them the dad had jokingly bought a small town for the son (David) as a birthday gift which could not be repossessed.  hence, the family moves to the town and they live in two motel rooms free of charge (since they own the town). It was a show about discovering yourself and discovering what really makes you happy.  There are quite a few memorable characters in this show, and I think they all get a happy ending (no pun intended...I guess you have to watch).  That said, I think that it's left open-ended for potential future series (although I think that's unlikely). 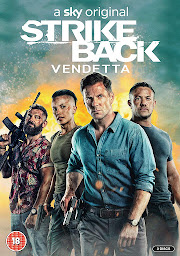 Strike Back
This was another TV show that I was surprised had one more season in them. The last season seemed like it would be it for this show.  Well, in this exciting season of Strike Back, Section 20 are given a mission to stop two brothers from unleashing a series of terrorist attacks against the West, but gradually uncover a conspiracy between Western intelligence agencies. While uncovering this, they become a target.  At the end (after being chased as rogue operatives), Section 20 is cleared of all wrongdoing and they all go their separate ways...or do they?  I think the ambiguous ending leaves it open for another season, but I think this crew definitely needs a break.  The biggest part for me this season was the (antepenultimate?) episode of the series where MacAllister dies.  From memory, I don't think the series has shot an episode like this in the past, and the darned thing was a tear-jerker when you realized what was happening.

Silicon Valley
This is from a while back (sometime last spring).  Silicon Valley was a show about a talented, yet very gauche, developer makes an awesome compression algorithm that could revolutionize the internet. This developer works for Hooli (basically Google), and leaves to pursue their dream of further developing this algorithm, with venture capital funding.  The amount of times I cringed throughout the seasons at what has happening on screen is probably uncountable, but it was quite a fun show overall.  I think the series as a whole was an introspection at the oddness of the Silicon Valley world, and venture capital in the USA. This show is definitely worth a re-watch. 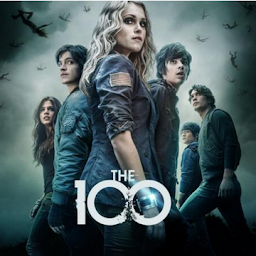 The 100
I think I may have found a series finale that was worse than the LOST season finale!  The 100 had so much potential, but it pulled an Andromeda on us, and every season after the second got wackier and wackier.  I think this show jumped the shark at least 10 times for me, but I kept watching to see where it ended.  So, we start off with Humanity destroying earth through a nuclear holocaust.  There are 12 space stations that serve as an Ark for humanity, but they have population controls until the radiation levels can go down low enough for them to come down to earth.  Near that time when it's safer for people to come down, 100 delinquents are sent down to earth as punishment (also over-population) and they survive.  Sounds like a good premise.  Well, over the 7 seasons we've seen things like AIs going nuts and nuking the planet, 12 tribes ("krus") who are immune to the radiation on earth (with various territorial skirmishes), a long lost expedition to some other planet in the Goldilocks zone coming back to earth, earth getting a second nuclear holocaust, but this time no Arks to save them, except for said ship, stargates (of sorts) that connect people across 7 planets (missed an opportunity there for the number 12), ascended beings, like stargate, ascension - like stargate, unascension - since it's a choice like stargate, and a grand old test to see if you're worthy to ascend (sort of like Q standing in judgment over all of humanity).  In the end, the series protagonist, having gone off the rails ALMOST dooms all of humanity, essentially forfeiting her leadership role by killing, but someone else steps in, redeems humanity in the eyes of this ascended judge.  Everyone human is lifted into -- wherever -- and humanity is ascended. Except for Clarke (said protagonist). Her sin was too great and in order for humanity to ascend she needs to stay behind. So, Clarke now is going through the 7 planets looking for others. She does not want to be alone.  Well, back on earth a handful of her friends unascended to live happily ever after with her, but in doing so they can neither procreate (to continue humanity's corporeal existence) and they can neither ascend once their corporeal lives ends.  Nice sentiment, but I think the ending would have been more potent is Clarke were some sort of 100-Jesus-figure, sacrificing herself to save humanity. The ending (and the last season or so) were just really bad.  Such lost potential.  There is a prequel rumored to be coming around.  I want to know what they aim to do with that...
Ο Φοβερός
Comments