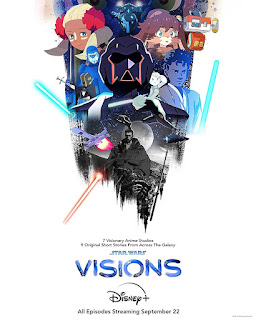 I recently watched Star Wars visions, which is an animated anthology series that takes place in the Star Wars universe. The stories use different styles of anime, and the visual aesthetics (at least in some of the stories) really reminded me of Japanese Samurai stories in told in anime format and story. It is really appropriate given the origin stories of the original Star Wars.

I really enjoyed these.  I liked the stories, I like the different drawing styles, and I liked the aesthetics overall. I also liked that stories were as long as they needed to be, and they didn't need to conform to any specific time length.  I think this was really nicely done, and I hope that there are subsequent seasons.  The approach taken reminded me of what the Animatrix did back in the day.
Ο Φοβερός
Comments