Not necessarily in the order that I watched these, but here are some thoughts on recent TV shows on IMDBtv, Netflix, and ANT1 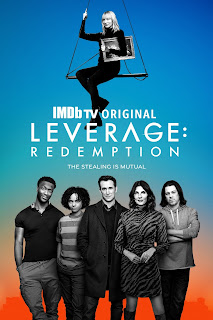 I was surprised to see this series rebooted under the IMDBtv brand, but I was also delighted to see it back. The original ran for five seasons, and it was a story of sticking up for the little guy.  This second series is that, and it's also about the redemption of Noah Wile's character (a former corrupt lawyer sticking up for the evildoers).
Most of the original cast is back, and the stories walk a familiar road, which makes it easy for audiences who liked the original to get into this new series.  If you're paying attention to the US media, the bad guys in this are pretty familiar people and corporations - just with different names (e.g. the Sacklers, BP, and so on).  The first season was entertaining, and I hope that they come up with more. 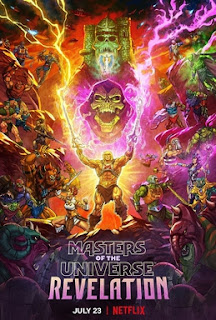 This is another Netflix special. I don't have any particular childhood attachment to the Masters of the Universe cartoon.  I remember having some toys as a kid, but I don't actually remember ever watching He-Man.  I must have, because how would I have known about the toys?
Anyway - I came to this series as a total newbie, given that I don't really remember much of the original, and it didn't really disappoint. It feels very much like an 80s cartoon revival, and it brings together all (or many?) of the characters that I remember from the toys.  Some of the "bad guys" are working with the good guys to restore magic to the kingdom.  As a kid, I seemed to remember that the good guys and the bad guys were factions that opposed one another, but in this Netflix special it seemed like the bad guys were a loose confederation around Skeletor.  Interesting! I hope that there are more seasons. 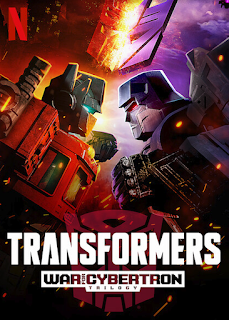 In keeping with the "let's watch cartoon reboots from when I was a kid" theme, I thought I'd give the War for Cybertron a try.  I did watch all of the first generation of transformers, and I caught some of the Gen2 (I think that's where Galvatron is from).  In high school, I remember watching some of the Beast Wars, but that animation style really didn't appeal to me. Anyway, even if you didn't have a background in the original shows, you could still enjoy this one.
Basically, we have the same old story: Cybertron civil war.  Facing defeat (and reformating) the Autobots flee, time wimeyness ensues, and they find themselves on prehistoric earth (sort of how the original series kicks off), but this time around they find the beast wars transformers and various alliances form, and eventually, everyone returns to a cold and desolate Cybertron; but it's a happyish ending because the hostilities have ceased (for now), since there are more than enough resources for everyone. Megatron seems to have cooled off (seeing his alter egos from the future) but stops short of shaking Prime's hand. Overall, quite enjoyable! I'd watch more! 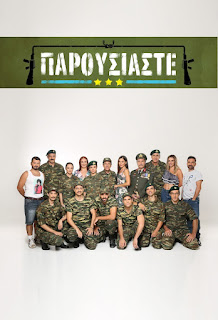 I haven't finished watching this show, but I am about 13 episodes in (with another 50 to go...). Unlike other shows, I really find this stuff not binge-able. I really enjoyed this type of Greek television when I was a kid, and whenever I have waves of nostalgia, but I need to take regular breaks from watching this kind of show.
The show takes place in two (competing) military camps that train conscripts to the Greek Army. The story focuses on two base commanders who are frienemies  Military service is compulsory in Greece, so you end up getting all eligible men 18-45 (yes, 45...).  There was a similar show in the 90s that took place on a Greek Airforce base. I think that Parousiaste capitalizes on that nostalgia but updates the trainees for people who might be found in today's conscript pool (the tech-head who likes drones, the social media celebrity, and so on). Overall, interesting, but it's a style of comedy that I've gotten un-used to since I moved, and it takes a little re-acclimating. The fact that it's only available if you VPN into Greece (or subscribe to ANT1 satellite) also makes it not as easy to find. 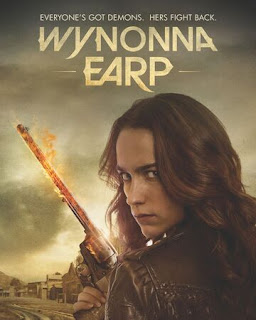 One more TV show from the SyFy network that I meant to catch up on. The story revolves around the Earps, of notable fame, and certain demons (the revenants).  With each Earp generation, there is a responsibility of sending these revenant demons back to hell, via a special gun called the Peacemaker.  Apparently in each generation, there is a "chosen one" to wield this weapon.  For our generation that champion is Wynonna, the great-great-granddaughter of legendary lawman Wyatt Earp.
The show was interesting until Season 3 where it got into "WTF?!" territory.  I think the writers lost the supernatural plot a bit.  Season 4 saved things a bit, IMO, but it was a bit like trying to salvage a car that went off-road and lost a fender and maybe a headlight :-).  The ending was, of course, better than the Lost ending 😂.  One of my pet peeves: The Black Badge division in season 4 totally lacked good graphic design.  Their logo was like a poor man's Buckaroo Banzai institute logo...
Ο Φοβερός
Comments