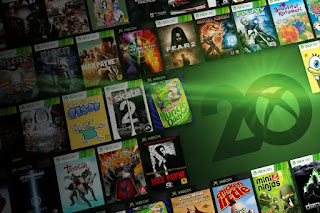 Well, that came out of the blue, and it was a rather nice surprise! The xbox is 20 years old, and as part of the celebration, Microsoft announced 76 titles being added to backward compatibility!  The Max Payne trilogy is finally backward compatible, as are some other games that I own, like Mortal Kombat and Operation Racoon City!   Maybe it's time to look for some used games on ebay to try out! :-)

This brings my list of games that aren't compatible down to about a dozen.  Not bad! Maybe many more will be available in the next round.