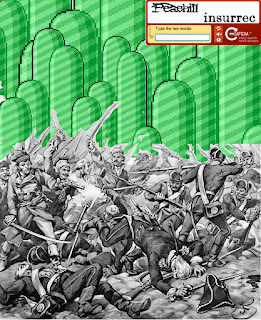 I was thinking of CLMOOC, and more specifically my participation in it this past summer.  I still see some posts in the Facebook group for clmooc, which draw my attention to the MOOC that I really didn't participate in, and I have a look at the posting from time to time.

CLMOOC (2015) in theory had all the raw ingedients for me to be active in a MOOC.  There were people there I knew from previous MOOCs, noticeably rhizo14 and rhizo15; it had/has a Make Bank, which is similar to the bank items  in DS106 where a participant can choose projects in various media and pursue them, so you can scaffold yourself with projects that are "easier" for you and move on to more challenging things, and it had a way to notify me of new things, namely the facebook group notifications and the blog hub, which would allow me see what's new, and perhaps get inspired by others - considering that I don't consider myself a "maker" an my general feeling toward raw materials, like lego bricks, tends to be "wll, that's nice".  I guess I don't see possibilities ;-)

So what happened?  According to my blog I participated in the first 2 weeks.  Week 2 was a bit of a brain twister for me, but I got through it. For weeks 4 through 6 I was was a bit of a no show. From what I remember there were 2 live sessions each week, which to me seemed a bit like overkill. I know that some people love their synchronous aspects, but I tend to identify more with the asynchronous aspects of MOOCs - being able to digest what I read, especially from others, reflect, remix, and feed forward.  I think the two synchronous sessions per week seemed a bit like cognitive overload for me, even though I wasn't expected to participate.

I am also not sure if the make topics for each week, and the subsequent contributions from fellow clmoocers, were too esoteric for me.  For some reason I could not 'connect' with what was proposed as a make, and not able to really process what people made.  To some extent it felt like being in an art museum.  Some things you 'get' and they connect with you, and something things you don't. At least this is the sense that I go from my own participation, and eventual lurking...and then somewhat dropping out (or tuning out?). I am wondering if the make cycle topics were different, or if the group of individuals were different ("speaking" the same "language" as the case might be) if I would have persisted through clmooc, despite the being at a modern art museum feeling, or whether I would have still eventually faded :-)

Did you participate in CLMOOC? What were your experiences?