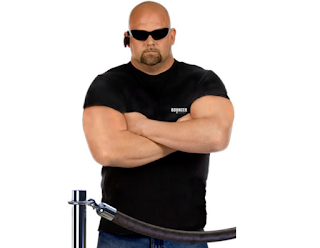 This post has been brewing in my head for a couple of years now. Since I am waiting for IRB clearance for my dissertation I thought it would be a good time to jot things down and see what others think.  I usually tend to have people in my network who either teach or work in some sort of instructional designer (or faculty developer) capacity.  I don't (think) I know too many people in the higher education administration aspects of my work to discuss these kinds of things with (so I may just be speaking to no one 😝).

Anyway, one thing that's been gnawing at me for the past number of years is how one enters into graduate programs.  I'll focus more on the master's level for a few reasons.  I manage an MA program, I teach for an MEd program, and from observation, I've seen that masters programs probably don't have as many administrative constraints: for example, [virtual] classroom space, working with a cohort model that's more tightly integrated [as compared to doctoral programs that are more tightly interconnected], and most masters programs allow non-matriculated students to take courses for fun or interest (doctoral programs typically do not).

In the US, a typical application to a graduate program requires the following:
I've done this song and dance four times since 2004.  The first time I did it (for my MBA), I didn't think much of it.  The second time I did it (for my MS), it was a little easier, albeit annoying because I was applying to the college I was already a student in.  The third and fourth times (MA and MEd degrees) I reused letters of recommendation and I phoned it in. I actually used one application to apply to two programs, and one statement of intent that covered both.  I almost did it a fifth time for another MA degree, but they required GRE scores to prove that I could go graduate work (after having successfully completed 4 masters programs mind you...), which is when I decided to not apply to that program.
As part of my day-to-day work, the admissions process is one of those things I manage, and I'm convinced that the entire apparatus is mostly an arcane and archaic gatekeeping mechanism, built around the constraints of "p-learning" (Dron, 2016) and program scarcity (when MA programs only really accepted a few students each year).   The admissions process doesn't feel like an enabling mechanism.

Take letters of recommendation for example. If you've attended a western institution, and you ask for a letter of recommendation from a former professor, the letters of recommendation that they provide will mostly be good. No one decent will agree to write a recommendation if they are going to negatively evaluate you. Hence, the asking for, and receiving, of a recommendation becomes a ritual of asking former professors to vouch for you, but really knowing ahead of time that, if they agree, what they write will most likely be glowing.  It privileges people who've already built those connections with some professors, and it is a colossal waste of time for the referee. It also privileges western applicants because (it's been my experience) that non-western referees typically write sparse recommendations that typically reference a transcript ("AK was a good student, got A's in my class").  In cases where someone doesn't have academic recommendations (for whatever reason), a common tactic is to take a course or two in the department (as a non-matriculated student) to obtain those letters of recommendation.  If they've taken two courses, and gotten good grades (however you define "good grades"), then the recommendations are pointless (especially since those who write the recommendations are also those who often read them for admissions🤷).
Another thing that I find interesting, is the requirement for a BA (sometimes the requirement is just a BA, even if it's not in the discipline).  A bachelor's degree can be verified by transcript, but I do find it odd that some schools require *every* transcript. So if someone has earned an Associate's Degree in Automotive engineering (school 1), a Bachelor's in Sociology (school 2), and wants to apply to an MA program in school 3 (let's say in a sociology program), that school could ask for a transcript from his AA degree transcript even though it's not relevant, just in case the applicant has anything to hide🙄. If the applicant has demonstrated that they can do academic work by showing a transcript with a completed degree, why request everything?
Related to this, here is a hypothetical (I haven't seen or heard of this happening in real life, but it theoretically could): students are able to take graduate courses as a non-matriculated student.  As a matter of fact, learners can string together all required courses for a degree as a non-degree student but still not earn the MA because they either lack a BA, or they took all their courses as a non-degree student, so we can't count most of them if they matriculate near the end of their studies.  I am actually not sure where I stand on this.  On the one hand, the MA is positioned as an advanced degree in something (which assumes an introductory degree in it?) but on the other hand if you can do the work, and you demonstrated that you can by actually doing the work, why should you be prevented from earning that degree if you don't have the previous one in the series? 🤔
The graduate admissions protocols (at least for masters programs) seem like unnecessary gatekeeper these days.  Because of all of the documentation required, and the process of review for the materials submitted, admissions has defined calendar deadlines each year, which can shut people out if they happen to miss those deadlines.  Personally, I'd like to see more Open Admissions process to start to take place.  Perhaps some introductory and required courses could be open to anyone interested in taking them (I'll pick a random number, and say that this represents 40% of the curriculum), and then whoever is interested in continuing their studies can submit a brief application, and a reflective essay/statement of purpose and the faculty can make a more informed decision in terms of formal acceptance given their own experiences in class with the applicant. This would cut out the unnecessary transcript evaluation, letters of recommendation, and standardized scores (and all the processing and vetting that goes on with that).
Your thoughts?
Apostolos K. ("AK")
Comments