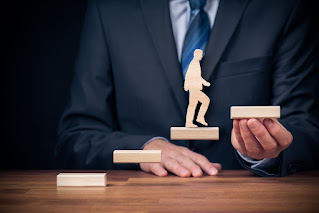 I don't often get to put on my HR/management/talent development hat, but I came across this interesting tweet this past week that got me thinking.  I started to write a tweet reply to it, but it got too lengthy (so here we are - back in the blog😁). A week or so ago I met with some former colleagues and mentors (folks who've already retired), which also reminded me of the mini scramble when I resigned a position years ago, and when counteroffers were considered.

The text of the tweet (for posterity) is as follows:

Current employer is scrambling to counter.

This is my PSA to those with the power to promote - don’t wait until your best employees want to leave to give them an offer that shows you value them.

I couldn't agree more with the sentiments expressed by the tweet.  When someone resigns they most likely have another job already lined up and are least likely to take you up on your counteroffer. At this point, you've already lost your valued employee.  I assume they are valued because you bothered to make a counteroffer.

Personally, I think that counteroffers don't work because they focus on the monetary aspect of compensation. At best, counteroffers are a temporary bandage to the situation, and if someone takes the offer and remains, I would bet good money that they will leave the company within a few years, and maybe even start looking elsewhere within a few quarters. Monetary compensation shouldn't be discounted, it is important, however, there are other things that matter at a job as well.  Things such as flex-time, working from home, vacation time (and being able to take it), respect for one's skills and what they bring to the team, and possibly things like professional development opportunities or career ladders.

Focusing on the monetary, in addition to not addressing corporate culture aspects, also has another hurdle: timing. Most organizations (that I know) can't adjust your salary right away, this needs to be budgeted. The old saying is true: One in the hand is worth two in the bush.  Even if the counteroffer is higher than what you got elsewhere you still have to wait for it, and it's still a promise at your current company and not a concrete fact reflected in your paystub. You might not even get it if you stay, or they might drag things out delaying higher earnings. If you leave now, you already know what your compensation and benefits will be.  If the company can afford to increase your salary right now and beat that other offer, it begs the question: why did they have to wait until you resigned to do this? 🤔 It doesn't paint a good image for long-term retention at that company.

My recent reunion with old colleagues (from my first "real" job) got me thinking back at the reasons I resigned and started working elsewhere.  After all, I liked the work and the people I worked with. For me, it was a combination of compensation, benefits, and respect. The new job (same org that I am in now) actually paid more. Not a whole lot more, but it paid more. Prior to leaving my first department, I had submitted paperwork for a promotion, with a rationale for it. This promotion would have been roughly equivalent in pay as the job offer I had, and it would have given me equal vacation time. This request for review was denied by HR after a long period of radio silence. The rationale given by HR was that there would be a wholesale IT revaluation soon (I was part of the broader IT department at the time) and everyone's job would be looked at systematically for promotional and re-org purposes. Just hand in there!  Sounded fine at the time, but people in the know told me that my promotion was nixed because my supervisor didn't want to have people reporting to them that were all different levels and jobs and he didn't want to give everyone a promotion 🤷‍♂️.  Subsequently, the CIO who supposedly made this proclamation left, and no wholesale review happened, and I don't think any of my colleagues ever got their jobs reviewed for promotional purposes. I was already gone by then.

Some of the benefits I would have received via the promotion would also include more vacation time.  Having relatives abroad means that I would have benefitted from more paid time off so that I could spend more time with them. Up until that point, I took a vacation every 2 years so that I could bank the time and take it all in a 4-week block. Sadly even this was also disallowed (after my first 4-week block was complete one year). Managing summer employee schedules was a little too much for Mr. Supervisor, so people were not allowed to take more than a week off at a time. I am sure this impacted my co-workers and was probably in violation of collective bargaining agreements. Younger me didn't know any better.

The final thing for me was the job ceiling.  After 7 years in the department (4 years as benefitted), I had reached a point where I hit the ceiling.  No professional development was available (unless I really fought hard for it, and that didn't win me friends), and despite any Professional Development that came my way, I wouldn't have an opportunity to apply it, and definitely not in a way that led to a promotion. I had paid for my own PD, and my own certifications, but that got me nowhere.  When I resigned I did so by email and gave my 2 weeks notice, just before Christmas break.  I had already accepted a position in another area of IT.  Mr. Supervisor was surprised (unsurprising given the low level of communication he had with us), and his supervisor asked if I'd accept a counter (which would have to wait 6-7 months of budgetary reasons anyway - so it was more of a promise😉 - see above for an example of broken promises).  I would have considered a higher monetary compensation (compared to the offer I got from where I was going) if the pay increase was immediate (as in HR was drafting up the paperwork as I was on the phone with said Supervisor), but the erosion of trust and the career ceiling meant that I would be looking elsewhere soon enough.

Once your mind is made up to leave, a monetary counter isn't enough, and organizations need to pay attention to the culture that they are fostering in order to develop and retain talent. While we live in a capitalist society where monetary means are used to entice workers to stay or go elsewhere, I think the current pandemic has also shined a spotlight on other things that are important to employees, things like flex-time and WFH. Responsive organizations listen to their employees and foster inclusive and openly communicating environments. Those that don't ultimately lose out on talent.