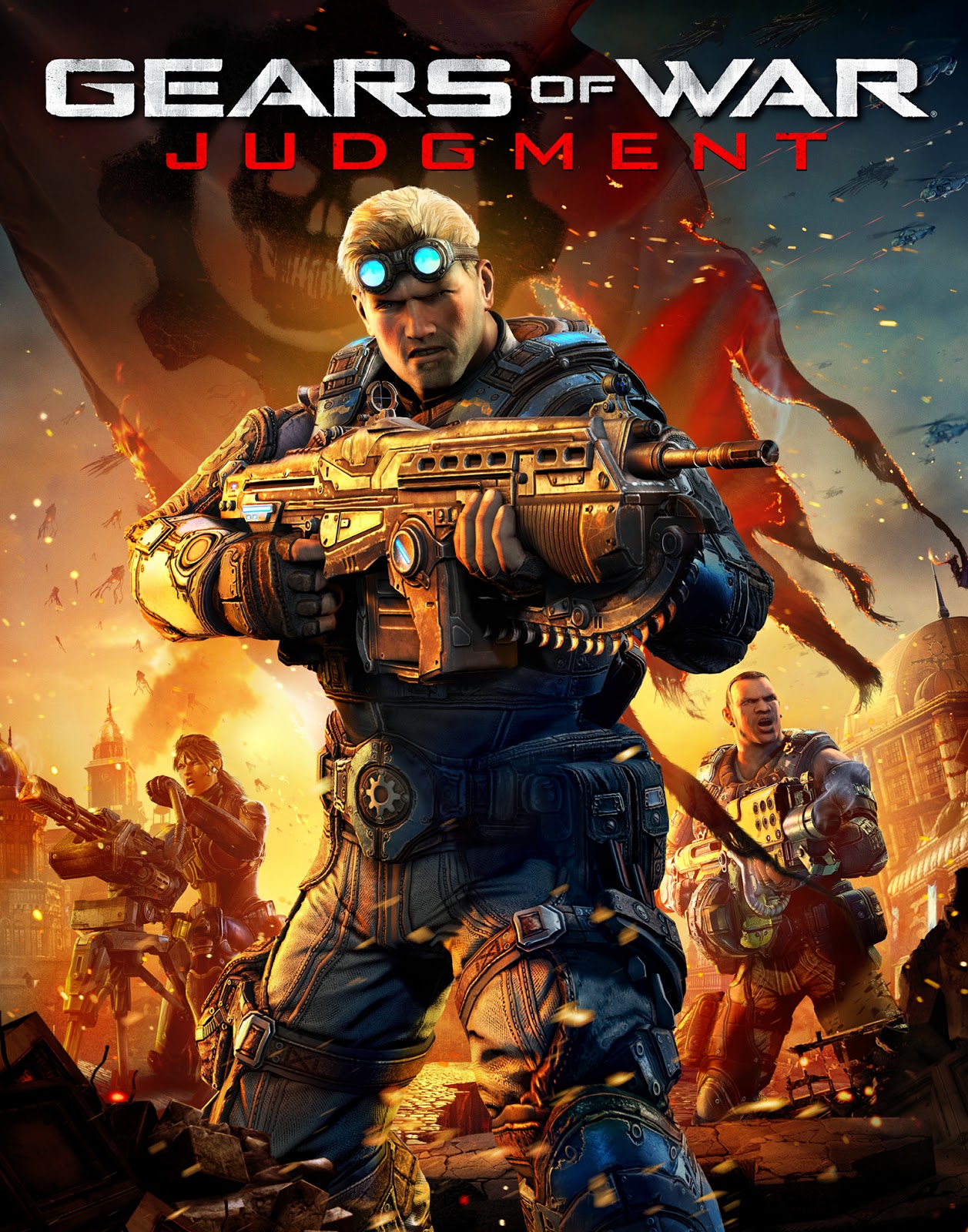 [spoiler alert] It's been a few weeks since I finished Gears of War: Judgement, but with the end of the semester, and other stuff, it's been not easy to sit down and write a few thoughts about the game ;-)

This game is a prequel to the Gears of War series of games that I've played before. This game takes place through flashbacks as each character is called upon to provide testimony for chargers of dereliction of duty (or something like that).  The Colonel that's presiding over these hearings is one crazy mofo for having this team tried now, given that there is a war raging on just outside whatever building they are in.

In each stage of the game you get to play through as a different character (the character providing the testimony).  This seems like quite an interesting mechanic, however all gears tend to play the same, and feel the same when playing.  I would have expected that different soldiers would have different skills, capabilities, strength, stamina, whatever. But no, each soldier plays and feels the same regardless of who they are.  No matter, the game was still enjoyable.

Once the main campaign is done, you have the possibility of playing Aftermath, which is a mission that happens right before the end of Gears of War 3.  This mission gives you a little background as to what happened to the team after the events of Judgement.  It was nice to see Paduk again in aftermath but I really dislike that they killed Sofia (off-camera).  I know it's war, and people die in war, but seriously, this was a main character! For what it's worth, this was not totally unpredictable, I've played games that killed off main characters, but it's still annoying when you've somewhat invested in this character to have them killed off.

In total, I got 20 out of 70 achievements (29%, 220 out of 1500 points).  Part of me wants to go back and play through to get some more achievements, but I've had my fill of the game for now.  I think part of this is the fact that I decided to play Aftermath on the "Insane" level of difficulty which does have health-regeneration but does not allow for reviving by a team-mate.  The enemies also seemed quite more difficult.  This made the getting through that last chapter much more time consuming, and a little frustrating.  But...then again - an amazing sense of Fiero when the damned thing was done.  Maybe once I get through more games in my unplayed pile I will go back and work some more on this game :)
Ο Φοβερός
Comments