Well, that's an end of an era!  Old Blackberry devices no longer function as of yesterday!  I remember the Blackberry craze well.  At the time (circa 2004-2005) the Blackberry craze was pretty strong on my campus with everyone of any "importance" on campus having one (subsidized by the campus of course). Lots of IT folks had one, and so did many managers.  Blackberry messenger seemed to be the go-to app for reaching out to colleges in an emergency.  The device was also a leash for your off-hours to do work that you weren't compensated for 🙄. When servers crashed and needed a restart, I used to get notifications even though it wasn't my job.  Oh well, those were the days.

I think they were an innovator in the field, but the middleware that was Blackberry Enterprise Server really made it unfutureproof. It was a requirement as a time when speeds were limited to HCSCD and GPRS, but once we got 3G rolled out, it was mostly unnecessary.  The only thing I really loved about my blackberry was the keyboard.  I was able to take good notes on that thing in meetings. I have had other devices with physical keyboards, but Blackberry somehow got it right (by comparison, I hated the keyboard on my Siemens SX66 -aka HTC Blue Angel) 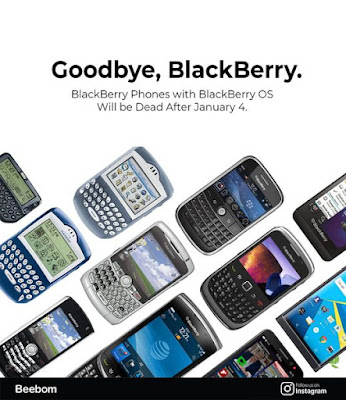