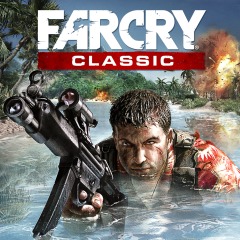 OK, so it's time to kick off a series of reviews for the binge on FarCry.  I was wondering which Far Cry I should start with, and I needed up going with "classic" since it was available, on sale, and other versions were not (I suppose I could have looked for a used copy on eBay or something...)
Anyway, this is a backward-compatible title from xbox 360, and I finished on 10/28/2020

In this game, you play as a former military guy (probably ex-special forces) who is running security details for the rich and famous (or just sometimes rich).  So he's off on a cushy mission somewhere in the pacific ocean when suddenly his employer's boat blows up and they find themselves on a tropical island, that used to be a former Japanese WWII base, and you have to survive an island full of mercenaries, and other genetically enhanced creatures.

Going into this, I knew that the enemy AI could detect a cat fart three baseball fields away, but still, I was impressed at how aggressive and astute these enemy AI puppets were.  At times it did make the game frustrating, but it was fine in the end.  The story really didn't make all that much sense.  It was fine, in the same way that 90s shooters were light on story development, but the whole genetic engineering the perfect soldier doesn't fit with the cadence of Far Cry 2 (which I played first) 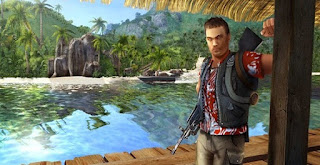 Jack Carver has left his mysterious and bitter past behind him and dropped out of society to run a boat-charter business in the South Pacific. He is hired by a woman named Valerie Constantine to take her secretly to an uncharted island in Micronesia. After Val takes off on her own with a jet ski, Jack's boat is blown apart by a rocket. With the help of a man named Doyle, Jack travels across the various islands, battling mysterious mercenaries in search for Val. Through encounters with Trigens (genetically altered beasts) and information from Doyle, Jack soon discovers that the island is part of an experiment involving genetic modification, funded by the genetic company Krieger Corp. and led by its CEO, Dr. Krieger.

As the game progresses, it becomes clear that the Trigens, who are running loose, are becoming too large a problem for the mercenaries to handle, and that the experiments are not limited to just primate mutations, but have moved on to mutating humans (possibly mercenaries). When Jack finally catches up with Val, she is being taken to another area by a helicopter which is stopped by Jack. After swimming to shore, Val reveals that she is an undercover CIA agent and is investigating Krieger's operations.

After further exploration, Jack must again search for and rescue Val while the human Trigens have escaped (freed by Jack) and have begun a revolt against the mercenaries on the island. After rescuing Val, they split up again and reunite when Jack has killed the mercenary commander, Crowe. Information Crowe had with him indicates Krieger has a tactical nuke on the island, which he intends to use as a last resort in covering his tracks should his projects be investigated.

After the Department of Defense has supposedly analyzed the situation, Jack and Val steal the nuclear weapon, despite Jack's protests. Before entering the factory, Doyle warns that the mutagen might infect them when the blast goes off, and advises them to take a mutagen-resistant serum before arming the nuke. Inside the factory, they do so and arm the nuke, which detonates directly behind Jack and Val as they exit the factory, leaving them unconscious.

While Jack and Val are unconscious, Krieger captures them before leaving to his main base in a helicopter. Jack, kicked off the helicopter, has to fight through the Trigen-infested area to rescue Val and escape the islands with his life. Upon reaching a mercenary weapons cache, Jack notices his arm is turning green. Doyle responds that the mutagen concentration on the air might be too strong for the antidote, but Krieger is working on a cure in a laboratory nearby. Jack is thus directed to find Krieger, who has injected himself with the mutagen but is ultimately defeated.

With his last breath, Krieger reveals that there is no cure for the mutagen. Doyle reveals the "antidote" they took earlier was the very mutagen they were trying to protect themselves from and reveals that he plans to sell the mutagen formula on the black market before fleeing. After battling through a horde of Trigens, Jack catches up with Doyle and kills him.

Jack then escapes just before the volcano, in which Krieger's main offices are located, erupts. Both he and Val are cured from the mutagen and manage to sail off on a boat. 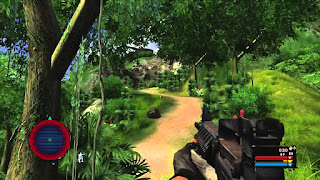 Overall the game was a 7/10. It was fun enough to play, but it definitely shows its age. I wonder if my experience would have been better if I played the Instincts Predactor version of the game 🤔

Some stats from the from the xbox app: