One more gamepass title that I completed before that ran out.  This one from August 9, 2020 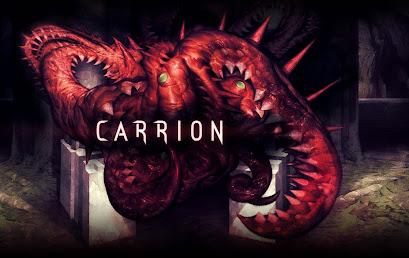 Carrion is described as a "reverse horror game." This means that instead of playing a human trying to escape some really horrific fate (like being killed by aliens or amorphous goo...) the player assumes the role of an amorphous creature of unknown origins. Your goal is to escape the facility which imprisons you, and you make progress by stalking and consuming those humans that imprisoned you.

As you progress through the game your monster becomes more powerful, enabling it to take more damage and to have additional skills to help it move through various environmental hazards.  I don't know if I would call this a Metroidvania-style game, but it definitely has Metroidvania elements to it. 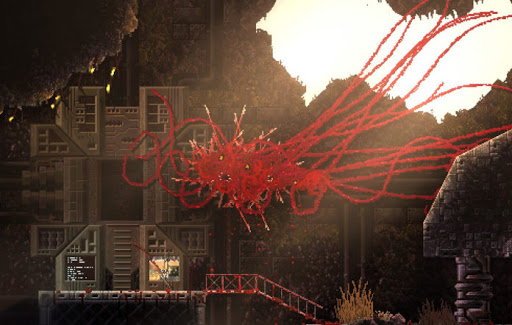 The plot from Wikipedia:

An amorphous entity known only as “The Monster” is held in a containment unit within a research facility owned by a company called Relith Science. The creature breaks out and progresses through the facility in order to find an exit. As the organism progresses through the facility, it fights and devours its way through the facility's staff and security forces. Along the way, the creature discovers pieces of its genetic code removed by the scientists for study and containment, which allow it to evolve, allowing for greater size and more means of both defense and offense.

The Creature also encounters material analyzers which, upon entering, trigger flashbacks revealing its origins. The Creature was originally found within an egg-like sack by three scientists, and upon awakening, proceeded to kill two and possess the third. However, Relith security forces arrived and executed the remaining scientist, forcing the creature out into the open and allowing Relith to capture and contain it. Eventually, the creature returns to its initial containment area and absorbs the last piece of its stolen genetic code, allowing it to reconstitute a human form, which takes the appearance of the scientist it originally infected. The disguised creature then escapes the facility into what appears to be a partially quarantined Seattle

Overall I really liked this game, it was the right balance of fun and difficulty, and the story was a plot-twisty enough to keep things interesting. A 10/10!

The xbox app also reports the following about my game play: