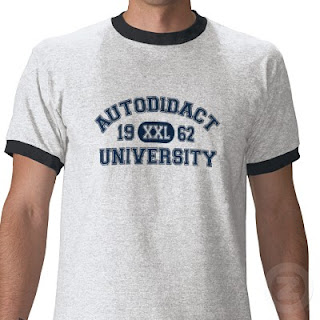 Since I returned from vacation I've been catching up on news that happened while I was away, and listening to podcasts from May that I had downloaded to take with me to listen to, but due to the hustle and bustle of vacation, I ended up not listening to anything I downloaded.  I was listening to a podcast from NPR's education feed when they were reporting on MOOCs and certain school's apprehension toward them.  The first thing, right out of the gate, is that somehow MOOCs and Online Education have become synonymous.  While MOOCs are a subset of Online Education, I wouldn't equate one with the other.

That said, I put my skepticism aside and listened on.  The first thing that came up, from the critics, was that MOOCs wouldn't be able to replace learning that happens in undergraduate courses, especially those in the 100 level, because students come to college under-prepared, so they don't necessarily know how to learn, in other words they don't have good study habits, and are not meta-cognitively as aware as they should be.

Then, I see this story on InsideHigherEd about San Jose State University taking a break from MOOCs and citing that they didn't see the results they had hoped to see in their own student's learning.  Here is a direct quote from IHE:

Preliminary findings from the spring semester suggest students in the online Udacity courses, which were developed jointly with San Jose State faculty, do not fare as well as students who attended normal classes -- though Junn cautioned against reading too much into the comparison, given the significant differences in the student populations.

This brings me back to one of the key questions that instructional designers ask before they decide how to design: who are your learners? It seems to me that SJSU, and other institutions, jumped into the MOOC game because "the elite" universities were in this space, and they wanted to show that they could play too! But, given some weird things that we saw from them† it doesn't surprise me that they didn't really understand the MOOC before they jumped in.

If I were teaching an institutional course (like the course I was teaching last semester) and I wanted to MOOCify it, the audience for the MOOC would not have been the students who paid for the course.  Sure, they would have been some of the students who were in the course, and they would have received some additional assessments so I could have graded them for institutional purposes, but the MOOC itself would be predominantly geared towards those autodidacts in the crowd who want to learn about this topic. Related to that, being an autodidact means that you have certain skills, you have honed at least some of your study habits to be able to do this.  Thus, the course would not be geared toward 100 or 200 level courses where learners may have not developed those study skills that will help them focus on an online course like this.

I don't know, but it seems like good instructional design is missing from xMOOC endeavors. If it's not missing, other institutional factors are taking precedence over it (and that ain't good!)