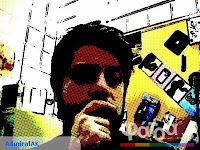 Just before my Athabasca semester starts I am trying to make headway in my Pocket 'to read' collection :-).  I had bookmarked this post by David Hopkins a while back where he asks for information about facilitation in MOOCs, and to some extent this runs into sustainability - something we briefly talked about in 2012 at UMass Boston when we hosted the MOOC sustainability symposium.

In any case, the questions that David asks are interesting and important to consider, and I've been thinking about them on-and-off since I read his post, so here are some rudimentary, preliminary, working-thoughts. I should say that I am speaking more as an instructional designer and long-time MOOC follower, and not as someone who has developed and ran their own MOOCs.

What are your thoughts on how we manage the course, the comments and discussion during the run, and the subsequent comments and discussion during re-runs?
I think that the answer to this really depends on your philosophical stand when it comes to MOOCs.  I think if you are running a content-based MOOC, commonly known as xMOOCs, then the answer is simple: you treat your MOOC like you treat any sort of introductory online course. There is a felt teacher presence for the formal duration of the MOOC, and then the course either disappears at the end of the sponsored course duration (not my favorite option by the way), or the course content remains in perpetuity however the comments sections get closed off.  In cases like these it's up to the institution to figure out ways to manage the flow of comments and provide tutoring. This can get costly for courses that have a lot of participation.

If your philosophical learn is not on content, but rather on the discussion and community that emerges from learning, then the instructor and/or facilitator becomes just a node in the network. That node may have some privilege over other nodes by virtue of being the administrator of the platform or the initiator of the course, however the network structure can work around that node.  In cases like these I think that there really isn't a need to put in more resources to manager (or police) the discussion.  The philosophical standing of these MOOCs is that the discussion will find a way to exist and happen, even if the MOOC originator isn't there to share his wisdom and answer all questions. I think that some learners will be annoyed that the instructor isn't paying attention to them (whether consciously or unconsciously since there are only so many hours in the day), but  I think that getting annoyed that the MOOC originator is not paying as much attention to you as you'd like is like being annoyed that the chocolate store down the street ran out of free chocolates when they were running their promotion.

The one area I am still on the fence about is what to do about trolling behavior.  I haven't witnessed this in the MOOCs I've participated in, but it is something that might come up.  Should there be a mechanism to report posts for inappropriate content?  Who should address those? Can people be banned from courses due to inappropriate posts?  And, who decides what is inappropriate and what isn't?

In terms of what to do about previous comments on MOOC reruns...well...this is an interesting discussion we've started to have in the Rhizo15 group as we discuss Rhizo16.  Should we all be anonymous and start a new group, in essence putting behind us  all the previous discussions?  Should we have one group and move forward adding to it? Each Rhizo course has had different themes these past couple of years, so it's not like we're repeating ourselves - which might be the case with some xMOOCs, but even then, should you clear the slate, or continue building on that corpus?  To some extent I think that people don't bother reading  the told comments before they arrive. Even in forums where there is a search function, a common comment towards newbies is to use the search button to find the answer to their question because it's been discussed umpteen times.   From where I sit, at the moment, I see no problem on keeping one course and building on it.


Do you have support, from technical and/or academic backgrounds monitoring the course to keep comments on track and answer pertinent questions? Are these paid positions or part of their role? Do you actively check the comments? If so, what for, why, and what do you do?

Some of this ties in to my previous comments.  I think some of the answers depend on your philosophical stand.  In an xMOOC environment, especially if an institution's name is plastered all over the course, then I think there is greater pressure to have more technical and academic support (for free) since the institution's reputation is potentially on the line.  In a MOOC that is more community based (cMOOCs, rMOOCs, etc.) I think that support is just a node or two away, and that node may or may not be someone who officially designer the course.  In my own experience with these community based MOOCs I think that the originators aren't too far away, but other members/nodes are more empowered to help out and support.

In a community MOOC these would not be paid positions.  In an xMOOC I think that they would be, if your institution puts that kind of pressure on your MOOC design team.  I think, however, that there are other options as well, even for xMOOCs.  I think that there are small perks that users can have even if they aren't paid to support the community.  Some learners will do it because that's their nature.  They should be encouraged to help out if they can.  Some learners do it for the perk of a limited edition badge or title. I know that when I was moderating forums it was cool to have "moderator" in my title.  I didn't moderate because I wanted the title, I was interested in being a member of the community, but that title, which was held by few, was a really big ego boost. It was pretty cool when I didn't even have to apply to become a moderator. I got a nice note from the forum owner who recognized my interest in the community and asked if I wanted to moderate. I think that acknowledgement of my involvement in the community was a nice touch, and it's something that could work in xMOOCs. It costs nothing, and it is potentially helpful to both learner and organization.


Do you design-in an element of real-time collaboration on the course (facilitation of discussion, round-up videos, Google Hangouts, etc.), and if so are these sustainable over multiple runs of the course? If you’ve done these before, but then designed them out of the course for re-runs, why?

Real-time (synchronous) communications are potentially problematic.  Just like my friend and colleague, Maha B., I have an affinity for asynchronous.  I do make it to Virtually Connected sessions, and on occasion I even host them for the team.  That doesn't mean that everyone has the privilege of attending.  The synchronous sessions become like a 'call in' radio show where the producer keeps an eye on the twitter/facebook/Google+ streams for questions and they get relayed to the delphi panel discussing this week's (or this day's) topics.  I think that it's an interesting exercise, and it does have its values, but I don't think that it's the panacea for getting a more human-feeling MOOC.  Instructor presence is just as felt and valid through text and brief spurts of audio as it is in synchronous video or audio sessions. What makes one learner feel warm and fuzzy and connected is not the same as other learners.

That said, even if you run a google hangout, I would treat it as an ephemeral thing.  While they may be recorded for future viewing, I wouldn't necessarily use them in future MOOC runs.  If a special guest came to do a presentation and you couldn't get them again, I would consider re-using that segment again, but the point (that I see) for synchronous sessions is more to increase the sense of community than to relay information.  In a 24x7 online open courses where many people are dispersed geographically there are better ways to deliver information than a synchronous session that privileges those in the same timezone as the instructor.


That's all for now.