Well, this piece of Apple history is going up for auction, it's not something I had even heard of prior to this week!  The Verge reported that an auction is taking place soon for a rare prototype of a tablet/communicator that Steve Jobs scrapped back in the 90s.  The Verge writes that:

Developed between 1993 and 1995 with VideoPad 1 and 3 (the only two examples shown to the public), this only surviving PDA prototype was Apple’s next attempt after the Newton Message Pad. Unlike the Newton Message Pad, the fold-up screen apparently included a built-in camera for video conferencing.

The Newton was ahead of its time. I still have my 2100 unit, which I should boot up to see if it still works.  Imagine if Newton development had continued in secret and we had a Newton future instead of an iOS future.  There are interesting parallels in convergence:  It seemed to me, at the time, that Newton OS was meant to (eventually) be the future of Mac desktops (this is all pre-MacOS X), in a similar way to how iOS and MacOS X are converging. 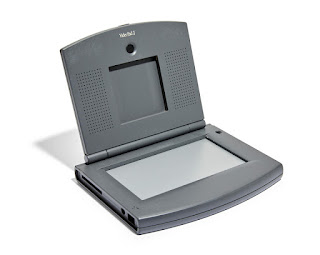 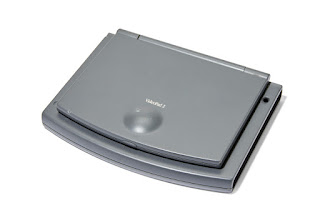