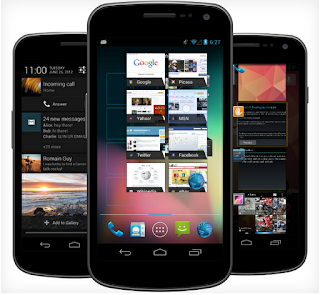 Google IO just passed by me yesterday.  I guess the days where I could stop and be in awe of keynotes at developer conferences are over lol - too much work to do!  In any case, I skimmed the news yesterday on Engadget and theVerge, and things seem quite interesting!

Here are some quick thoughts on the various announcements:

The Nexus 7
You know, this was a bit of a "m'eh" for me.  Don't get me wrong, I think that a 7" tablet is great, but I don't know what sort of use I  would have for it.  I am pretty engrained in using my iPad, it's got the apps I want to use, and from a multimedia perspective I would want more, not less.  If I were to buy anything to replace (or work with) my iPad, it would probably be one of those Microsoft Windows 8 tablets (on Intel) since I could also use full desktop, mouse, keyboard, on top of the tablet stuff.  Sure, it might be slow for something processor intensive (like photoshop?) but at least you can run it, whereas I feel that a Nexus 7 is less an iPad competitor, and more of a Kindle Fire competitor

Google Now
Google Now seems pretty nifty!  I wonder if this is an android exclusive, or if some feature like this will be making its way to Windows Phone 7 or iOS.  This feature does remind me a lot of Palm's WebOS and the "intuition" (or was it "sense") that it had with various tasks, such as notifying you or traffic, letting you know of certain location aware tasks, and so on.  I actually think this is a pretty nifty idea.  My only inhibition is battery life.  I am wondering if GPS is running in the background and the data connection is going to pre-fetch all this information, what does this mean for you battery?

Android
Android may be getting so good that I might feel enticed to ditch the iPhone and go Android for my next phone (either that, or SIM swap, keep my 3GS, and get a nexus and swap between them).  Maybe I should pick up a nexus before going to Greece. I've unlocked my iPhone but I don't know if AT&T will unlock a new device that I buy.  A SIM-free nexus seems to be going for $350 - not bad!